2019 Sculpture For Clyde Expected to Attract Thousands of Visitors 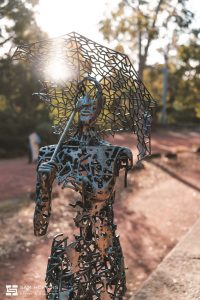 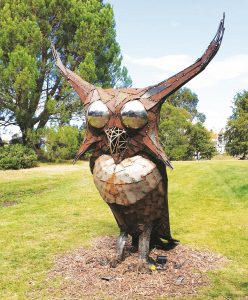 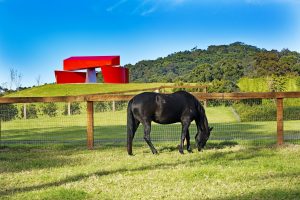 Sculpture for Clyde, the South Coast’s popular sculpture festival, will be held between August 24 and September 1.  Now in its third year, the event is expected to attract thousands of visitors to the region, spanning across two venues in Batemans Bay and Bawley Point.

The indoor sculpture exhibition will be staged in the Francis Guy heritage building, in Batemans Bay. The outdoor sculptures will be on display at Terry Snow’s Willinga Park, which will enable visitors to get a rare glimpse of the impressive private sculpture collection by internationally and nationally celebrated artists.  The stunning botanic gardens at the venue will also be on show, along with hourly bus tours of the Equestrian Centre, a treat for lovers of architecture.

The number of sculptures on display has increased by 30% compared to the 2018 event.  The calibre of work submitted has also been extremely high.  The event offers over $60,000 in prizemoney and winners in all categories will be announced at a Grand Opening on August 23.  The winner of the Acquisitive Prize, with $50,000 in prize money, will take its place along the Clyde River foreshore.

If visiting the Batemans Bay venue, visitors can also stroll along the foreshore where they will discover five permanent sculptures that have been installed since the inaugural event in 2017.  These include:

These last two sculptures were crowd favourites at last year’s exhibition and were purchased after the event with local donations and crowdfunding. This permanent Sculpture Walk is the real driver behind the Sculpture for Clyde event. The goal is to create a legacy for locals and visitors to Batemans Bay, with a 3D, outdoor art gallery, open all year round.

The event is also supported by a Student Sculpture Walk. Sculptures created by South Coast students are currently on display in shopfronts throughout the Batemans Bay CBD.

Open weekends from 10am to 4pm, and weekdays from 11am to 3pm. Tickets are $5, purchased online or at the gate, and bus tours are $5, paid at the venue.